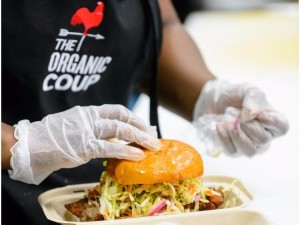 A little-known fast-food chain run by two former Costco executives is about to launch a rapid expansion, thanks to an investment from one of Costco’s founders.

The Organic Coup, which is the first USDA-certified organic fast-food chain in the US, just raised $7 million in an initial round of financing led by Costco founder and former CEO Jim Sinegal.

Costco’s chief financial officer, Richard Galanti, also participated in the round of funding.

The Organic Coup will use the investment to open at least two dozen more restaurants over the next year, the company’s cofounder Erica Welton told Business Insider.

The chain, which specializes in fried-chicken sandwiches and chocolate-drizzled caramel popcorn, has two restaurants — one in San Francisco and another in Pleasanton, California. READ MORE

With more than $200 billion in annual buying power(1), millennials are the retail industry’s most sought after audience. And as more millennials escape their parents’ homes, they have quickly become one of the most important grocery shopping demographics today.

To help get a better sense of this massive segment and how they buy, we here at Retale decided to launch our first annual “Retale Millennial Grocery Report” – a commissioned study examining grocery shopping preferences among millennial (18-34 years old) consumers. As part of that, we also analyzed key differences between younger millennials (18-25) and older millennials (26-34.). In total, 1,000 millennials across the U.S. were polled for the study between May 2-6, 2016.

Our findings are as follows.

ONLY 8% HAVE CUT THEIR GROCERY SPENDING

According to Nielsen, the Great Recession has “fundamentally changed” consumer shopping and saving habits overall, and many in the country continue to feel the recession’s effects long after the 2009 bailouts.2 With this in mind, Retale evaluated recessionary impact on grocery buying, specifically, among survey respondents. 57% of millennials polled agreed that they had been personally affected by the recession and 43% disagreed. When comparing older millennials to younger millennials, the older group felt more affected: 64% of those 26-34 answered…READ MORE

Incorporating omega-3, vitamins and mineral supplements into the diets of children with extreme aggression can reduce this problem behavior in the short term, especially its more impulsive, emotional form, according to University of Pennsylvania researchers who published their findings in the Journal of Child Psychology and Psychiatry.

Adrian Raine, the Richard Perry University Professor of Criminology, Psychology and Psychiatry, has spent his career looking at how the brain’s biological functioning affects antisocial behavior. He focuses specifically on understanding these actions and learning how to modify them, whether with something benign like a child acting out or with something extreme, in the case of a homicidal…READ MORE

Natural Shoppers put their Money where their Trust Is 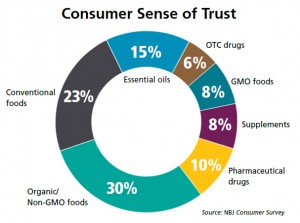 Do your customers trust you?

It’s a question every retailer in the natural products space should be asking themselves, as shoppers wade through an ever-expanding sea of options and try to decide where to place their loyalty. While success in other categories often hinges on price and convenience, new research shows that when it comes to dietary supplements and better-for-you food, consumers first and foremost put their money where their trust is.

“If you don’t have trust, nothing else matters,” says Jeff Hilton, co-founder of health and wellness branding and marketing firm Brand Hive. “It is more vital in this category than in most.”

Those shopping for dietary supplements say trust is the No. 1 driver in choosing…READ MORE

Can a Craigslist for Cucumbers tackle the UK’s food waste? 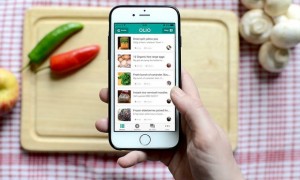 Where most people see a bruised banana, Saasha Celestial-One and Tessa Cook see a chance to share. Their new app, Olio, allows greengrocers, cafes, restaurants and neighbors to photograph and post food that is surplus, unappealing or close to expiry; other app users then request it and are notified where to pick it up.

According to the UN’s Food and Agricultural Organisation, a third of all food is wasted, and more than half of that never reaches consumers.

“Food waste costs businesses in the [UK’s] food and drink supply chain £5bn per year. Federation of Small Businesses (FSB) survey data shows that 95% of small businesses would recycle more if they had access…READ MORE 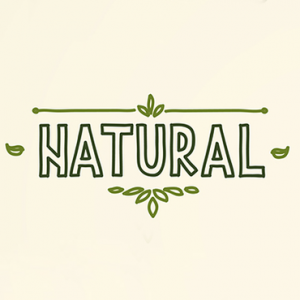 The number of consumers seeking the natural label is notable, considering that Consumer Reports’ 2014 survey showed that just 59 percent of consumers looked for the natural label and 49 percent looked for organic. In addition, Consumer Reports in March released findings from a 2015 survey that showed that nearly two-thirds of shoppers believe the natural label means more than it does and nearly half incorrectly believe that natural claims on food labels can be independently verified. The majority of consumers in this survey, as well as those in a 2014 survey, expect processed foods labeled “natural” to contain no artificial ingredients or processing aids, no toxic pesticides, or no GMOs. Eighty-six percent of consumers believe genetically modified food should be labeled before being sold. 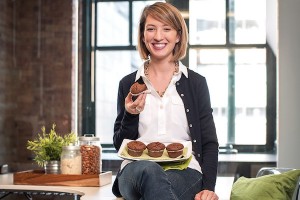 Even though they cost twice as much as most competitors, the breakfast treats, made with cage-free eggs, almond flour, coconut flour, sea salt and cashews, have found a market at 33 Whole Foods stores in the Midwest. And Katt, founder and CEO of Chicago-based Kitchfix, thinks he can take the brand national.

Why are consumers willing to shell out $2.50 for a waffle? “It’s because there’s no crap in there,” Katt says. “It’s literally made with real ingredients that grow and have real nutritional value. This is what people are looking for now. Everyone checks the back of the label. If the list…READ MORE 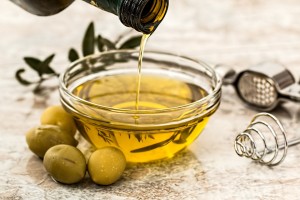 When it comes to healthy benefits, extra virgin olive oil may offer near-immediate gratification, according to new research. A small study linked a Mediterranean meal with a few spoonfuls of EVOO to lower blood sugar and LDL cholesterol after meals.

Though the study was tiny, involving 25 people, it’s among the first to link a Mediterranean diet containing extra virgin olive oil to lower blood sugar and LDL cholesterol after meals.