The Science of Garlic

The Science of Garlic

After 5000+ years of human cultivation, garlic has become the world’s most powerful anti-oxidant. It is a diverse plant with hundreds of cultivars, each with their own unique look, flavor, and texture. Some varieties resist cold temperature while others succumb to it. Garlic is typically reproduced asexually through replanting. Its chemical composition includes the presence of sulfides and micronutrients that produce microbial resistance in the body as well as that signature ‘garlicky’ smell. 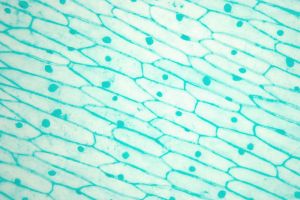 Garlic, Allium sativum, is a member of the allium or lily family and is thus a close genetic cousin to the onion, the leek, and the shallot. Garlic is divided into two subspecies, hard necked and soft necked, with ten major variety groups between the two species. Hard necked garlic, A. sativum var. ophioscorodon, produces a tougher shoot, also called a scape, is resistant to colder temperatures and can thus grow in a wider variety of seasons in temperate zones as well as in colder climates. Varieties of hard necked garlic include purple stripe garlics, rocambole garlic, and porcelain garlics.

Soft necked garlic, A. sativum var. sativum, is more delicate than its sister-species. It thrives in moderate climates. The scape from soft necked garlic is often very flexible and for that reason, when soft necked garlic is harvested, the scapes are often braided together and hung in a laurel for curing. Hard necked garlic can be braided but it is more difficult and the timing of the harvesting must be much more precise. Soft necked garlic includes the artichoke, creole, and silverskin varieties of garlic. Within each variety are sub-varieties, also known as cultivars, that number in the hundreds and hundreds.

Garlic originates in bulb form, also known as a clove. When the bulb sprouts, it sends a tuber above the soil which absorbs sunlight and converts carbon dioxide. This tuber, or shoot, is called the “scape” and is often harvested prior to the harvesting of the bulb itself. Scapes contain many of the same nutrients and health benefits of the garlic bulb itself. As the scape grows visibly, the garlic bulb will produce sister bulbs, or cloves. These cloves will grow in size and number according to a variety of factors, such as temperature, sunlight, soil nutrition, moisture, and the amount of energy taken up by the scape itself.

Garlic’s unique flavor and aroma, as well as its health-boosting properties, all derive from the presence of certain sulfur compounds in the chemical composition of the clove. The sulfur compound that bears primary responsibility for the unique taste, smell, and therapeutic benefits is called allicin. Allicin is created when two ingredients that are already present in the same clove, but kept isolated in separate cells, come together. When a clove of garlic is crushed, chopped, sliced, or bitten, the cell walls are breached, the sulfur compound alliin is combined with the enzyme alliinase, producing allicin.

When the alliin is converted by alliinase into allicin, the process also releases ammonia, which the human nose identifies as the garlic smell, as well as propenyl, sulphenic, and pyruvic acids, which are the culprits responsible for the eye-watering effect that occurs when you cut up fresh onions. If you ever cut up some super fresh garlic from your garden or farmer’s market, notice if your eyes get a little tingly the way they do when chopping onions. The process of creating allicin also creates dimethyl disulfide, which gives cabbage its flavor and propenyl disulfide, which gives onions their aroma. Obviously, these compounds are less present in garlic than in onions or cabbage, but its fascinating to see how much happens chemically in just one clove of garlic.

The compound that gives the garlic-eater’s sweat that “garlicky smell” is something called allyl methyl sulfide. This sulfur compound is absorbed into the blood during metabolism and travels to the skin, where it comes out through the pores, and the lungs, where it comes out through the breath. This is why “garlic breath” is so hard to cure, because it comes from deep within. Garlic lovers should not despair, there are studies that show that eating garlic along with a liquid that has some fat in it, such as milk, can help neutralize the odor. Eating an apple or other fruit that oxidizes, or browns when exposed to air, or sipping green tea or lemon juice has been found to neutralize garlic odor as well. However, these methods also neutralize the sulfur compound’s health-boosting properties.

Allicin kills many kinds of bacteria, including E. coli, stapylococcus, inluding MRSA and strep, as well as bacillus and mycobacterium. Its antibiotic strength is equal to about 2% of penicillin and 10% of tetracycline. Allicin can also kill or repel parasites and small insects, and possesses additional anti-viral and anti-fungal properties.